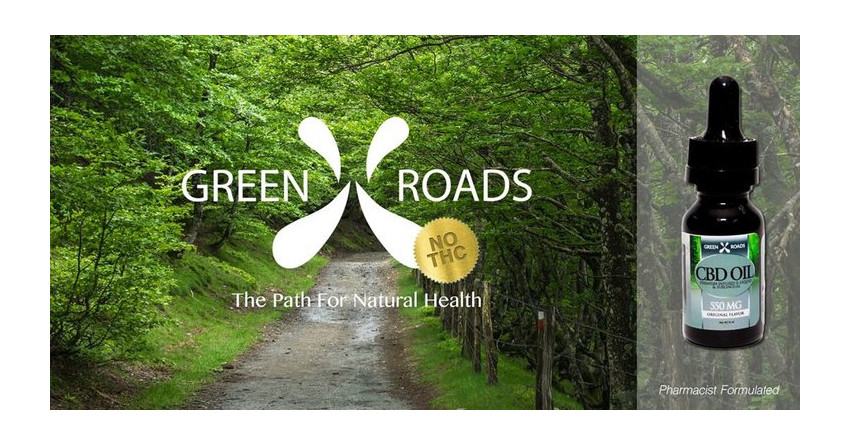 The boxes from Green Roads are seen on local store shelves and available at some doctor’s offices. But what is it and why is it in demand?

The company, which was founded in Broward County, is one of the largest makers of CBD products in the nation. CBD, or cannabidiol, is a compound found in marijuana plants believed to relieve pain, reduce anxiety, help with sleep.

Now headquartered in Deerfield Beach, Green Roads is among the companies that could benefit from an emerging industry of hemp and CBD in Florida, as it heads toward legalization in the state.

Green Roads already is generating $40 million a year in sales nationwide from CBD. And it’ll join other businesses poised to capture a portion of the estimated $22 billion hemp market. Florida Agriculture Commissioner Nikki Fried, who lobbied for the 2016 constitutional amendment that legalized medical marijuana in the state, is now working to legalize hemp to help farmers tap into the sizable market and help ensure consumer safety.

Green Roads, begun in 2013, sells its oils, chewable gummies and other CBD products through a network of small pharmacies, retailers and physician’s offices. Green Roads already has an established a CBD brand through 7,000 stores and 1,000 physician’s offices. And the company has become a significant local employer, recently opening the new headquarters in Deerfield Beach, where the company employs more than 100.

Today, Green Roads sources its hemp for products from Colorado, Kentucky and California. One day it hopes to be growing its own hemp in Florida through individual farmers. Green Roads is helping to make that happen through collaboration in a pilot program with the University of Florida.

Launched in the spring of 2018, the pilot is designed to explore if industrial hemp can be a successful and sustainable crop for Florida farmers. Green Roads donated $1.3 million to the program and more recently, 50 hemp plants. The scientists are studying the hemp varieties most suitable for planting in Florida, and developing farming practices and systems viable for area farmers.

Barroso, 48, is a former real estate investor and pain-clinic operator who became addicted to opioids, which he said he was taking to treat pain after football injuries in his 20s and later, a hip replacement.

He said his opioid addiction led to an arrest and five years’ probation. In 2011, Barroso pleaded no contest to felony charges of drug possession including oxycodone, according to Broward County Circuit Court records. His probation ended in 2016.

Barrosso said he has been “upfront with the problem I had with pills,” and now turns to his own company’s CBD products for pain. The arrest served as a “wake-up call,” he says.

He turned to his pharmacist, Laura Baldwin Fuentes, for advice. After doing some research and seeing a market opportunity, they decided to start a CBD business.

Since its launch in 2013, Green Roads has developed 50 different CBD products, including oils, liquids, capsules, creams, gummies and infused coffee and teas. The products are formulated by Fuentes, 51, a state-licensed pharmacist, who uses a blend of cannabis compounds from the “no-high” species of the cannabis plant.

“Once that legislation becomes law, CBD products can be tested, regulated and legally sold with the consumer safety protections Floridians expect,” said Franco Ripple, spokesman for the Florida Department of Agriculture and Consumer Services.

Green Roads’ co-founders say with third-party lab testing of its CBD products and other safety precautions, they are working to distinguish their products from some others currently on store shelves, which may have unknown and unproven ingredients. Some have been shown to not even contain any CBD, Fuentes said.

For Green Roads products, consumers can scan the QR code on a box to find out about the third-party lab testing aimed at ensuring what’s in the label is in the bottle, the company says.

Green Roads said its top-selling products are Relief Toads, CBD gummies designed to relieve anxiety, and its tinctures or liquid extracts. The gummies cost $59.99 and the tinctures, which come in a variety of potency and prices.

CBD+ Health Boutique in Deerfield Beach, has been selling Green Roads products since July 2017. “Green Roads are not the cheapest but they’re the best,” he said, based both on trying them himself and customer feedback.

The higher-potency Green Road products, with 1,000 to 1,500 milligrams, sell out almost immediately. “We just ordered $4,000 worth. We’ll have to place another order within 30 days.”

David Andrews, a pharmacist and owner of David’s Pharmacy in Pompano Beach, said he buys $3,000 to $5,000 of the products for his store, because many customers are looking for something to help with headaches or chronic pain. He points them to Green Roads.

“We’ve gotten a lot of repeat customers because of it,” Andrews said. “We have people coming in saying, ‘I can’t believe how well it worked.’”

Kellogg said Green Roads’ products are the only CBD products he sells because he has seen how they’re made. “It’s a sterile room. Their quality control is very impressive. Lastly, the potency is remarkable,” he said.

“I know I can stand behind this product and recommend it,” said Klein, who said he sells Green Roads in his office for the convenience of his patients.